Sheridan Smith has returned to the Savoy stage, much to the delight of theatre lovers everywhere. The star of stage and screen surprised Friday nights audience (July 8th) by reprising her role of Fanny Brice in Michael Mayer’s production of Funny Girl.

Having taken 8 weeks off to recover from stress and exhaustion, Sheridan shone on stage like the star she is with many audience members taking to Twitter shortly after her final curtain call to express their admiration. After a fierce amount of media speculation leading up to and during her leave of absence, we’re so pleased Sheridan has returned in such a professional manner, silencing critics with her unquestionable talent. She is now scheduled to perform every Tuesday through to Saturday until the run ends on October 8th. 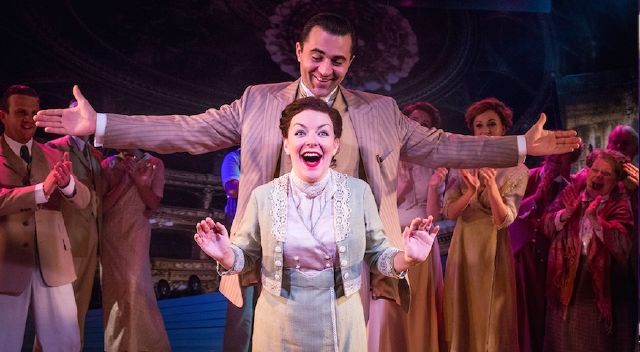 For Monday night performances, the role of Fanny Brice will be played by the beautiful Natasha Barnes who has wowed audiences during the past 8 weeks, giving her own charming interpretation of the much loved leading lady. Although both offer different performing styles, audiences are lucky to witness either actress play such an iconic role. We are thrilled to see Sheridan well again and doing what she does best.

You can buy tickets here: http://www.atgtickets.com/shows/funny-girl/savoy-theatre/