There is a moment of pure exhilaration and excitement before the curtain rises and the West End revival of the famous backstage musical, 42nd Street begins. After 33 years, the production returns to its original home in London at the Theatre Royal, Drury Lane with a strong and tap-tastic cast of 48. 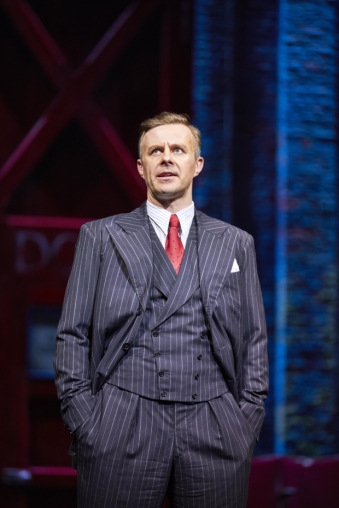 The premise is simple. Famed director, Julian Marsh (Tom Lister) is putting on a new show ‘Pretty Lady’ in the midst of the Great Depression and Broadway diva Dorothy Brock (Grammy Award-winning Sheena Easton) is hired in the lead role by the producers who need a sure fire way to sell the show. Spoiler alert: Dorothy breaks her leg and small town girl destined for bigger things, Peggy Sawyer (Clare Halse) takes her spot.
Although there are stunning performances from the principals namely Clare, who is going to wow the London stage long past 42nd Street, the real star of the show have to be the ensemble who keep the energy high throughout the whole night. Belting and tapping their way through iconic numbers, such as Keep Young and Beautiful, Shuffle Off to Buffalo to Getting Out of Town to the final number, 42nd Street.

For those crying for big band old school musicals, Director Michael Bramble has heard those cries and is giving you everything possible to satisfy those needs.
Check out our interview with Norman Bowman here: https://www.youtube.com/watch?v=0A0L4dyRu_A&feature=youtu.be
You can buy tickets for 42nd Street here: http://www.42ndstreetmusical.co.uk/