Sister Act is back and better than ever. Directed by Craig Revel Horwood, it tells the story of Deloris Van Cartier, a nightclub singer played by XFactor winner Alexandra Burke. When becoming a witness to a murder committed by her lover, she is forced to hide away in a convent for her safety. Faced with the challenges of adjusting to a new life, she is confronted with the reality what it means to have true friends. It’s the story of positivity, love and turning a bad situation into something wonderful.

Having made her theatre debut in the Bodyguard in 2014, Alexandra is back and once again taking centre stage. Her comedic timing is on point and her vocal is both effortless and beautiful. It’s great to see her take on another lead role and she does so with such power, sass and ease. Supported by a wonderful cast of actor-musicians, she is joined by Karan Mann as Sister Superior who brings both charm and wit to the role and makes a great onstage paring with Alex. The two bounce of each other’s energy as Deloris attempts to loosen up the stubbornness in the Sisters persona.

Joe Vetch plays police officer Eddie with charm and goofiness. He’s the guy that you root for from start to end and it’s great to see his character develop as the storyline unfolds. One of the stand out performances for us was from Susannah Van Den Berg in the role of Sister Mary Patrick. Her humour, warmth and personality shines through as she plays the over enthusiastic nun who see’s the best out of every situation.

It’s a show that will leave you feeling good and wishing you were apart of their convent. The score is catchy and has that soulful gospel vibe that you can’t help but smile at. Although the set is very minimalistic, it creates a realistic setting of what you would expect from the inside of the church.

Sister Act runs at the New Victoria Theatre, Woking until March 25th before continuing around the UK. Tickets and details can be found here: http://sisteractuktour.co.uk/ 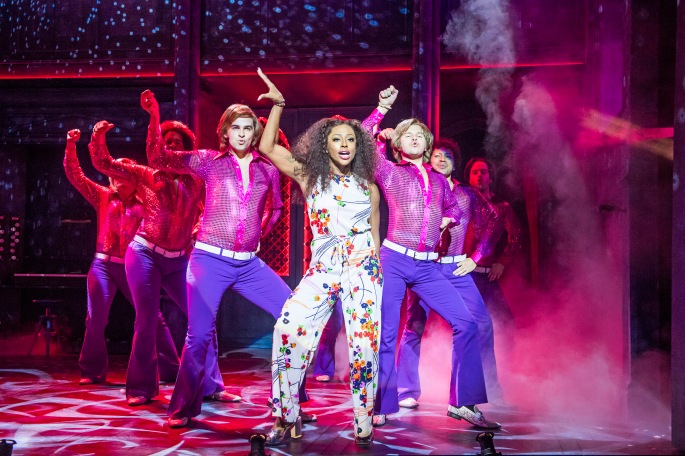