Last night, the Evita UK tour made a stop at the New Wimbledon Theatre. With a jam packed audience full of different generations, we were intrigued to see how this touring production would come to life. The show tells the story of Eva Duarate Peron’s rise to stardom leading up to her tragic death at the young age of 33. Raised in poverty, the show explores the journey of this ambitious teenage girl as she transforms into a stage/radio star, eventually marrying military leader Juan Peron, making her the countries first lady.

It’s clear to see Tim Rice’s influences through the piece as the score is irresistible and has a real traditional feel. With a completely sung through structure, Evita is heavily influence by an operatic rock tone with “Don’t Cry For Me Argentina” being the stand out moment. 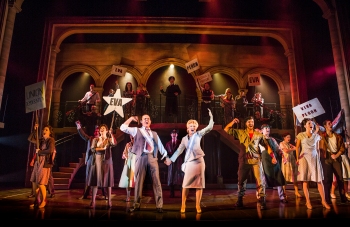 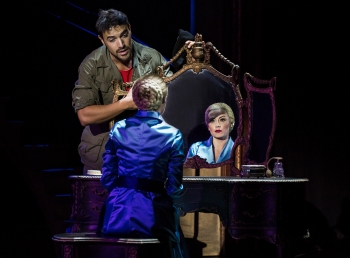 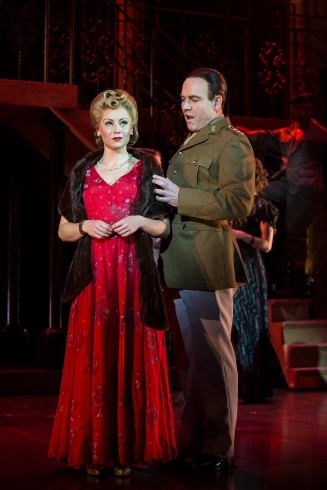 After just finishing as Elphaba in the West End, leading lady Emma Hatton puts on a fantastic performance in which you can’t fault her vocal ability. She sings the songs with ease and manages to balance the different characteristics of Eva with confidence and ambition. Gian Marco Shiaretti makes his UK stage debut and oozes confidence as he plays the key role of Che, narrating the show as provocateur-in-chef. Kevin Stephen-Jones has a wonderful operatic tone and he plays Peron with power and stability.

Although it’s a timeless classic and based upon a true story, this current production does have a sense of being very dated and if you’re not familiar with the story, we would recommend doing research before you attend. The show has a very niche audience and won’t be for everyone but if you’re a fan of that era then we’d recommend going to see it.