TTH: Thank you so much for taking the time to chat with us today! You had your press night on Tuesday (14th) for David Hare’s Olivier award-winning play Skylight at Theatre Clwyd, how were you feeling about the production officially opening? Also, do you find it fitting that this play opened on Valentine’s Day given the plot of the play?

Jeany: I am totally delighted that this play is opening – it’s such a fantastic story; & it’s an amazing part to play. Rehearsals have been brilliant & I think we’re ready to put it in front of an audience now: the last & most important piece of the puzzle.

TTH: What has been the process in developing the character of Kyra, especially with Tamara Harvey (artistic director of the theatre) at the helm of the production?

Jeany:  Working with Tamara has been such a pleasure: she is wise, kind, funny, & smart as a whip. We did some background work around the character: choosing music Kyra would’ve listened to; writing letters she would’ve written; finding pictures of her father & other people in her life: fleshing out & personalising the written character on the page. However, with this play the writing is so good & so thorough that we mainly just concentrated on what happens moment-to-moment in the story!

In real life I can sometimes be a bit “nice”, & so together Tamara & I worked to make Kyra more direct & brave: I hope I’ve done justice to Tamara’s vision of the character. It’s certainly been a very happy rehearsal room, & I’ve loved every minute working with her & the company.

TTH: Did you see the West End production with Carey Mulligan? Or did you go in being able to interpret the play without preconceived notions of the character?

Jeany: I didn’t see the West End production with Carey Mulligan, but I’ve lived with this play for a long time. I saw it first when I was about 16: the local AmDram society where I grew up put it on & I remember being totally blown away by the story, long before I knew I wanted to be an actress myself. Then when I was 21 & auditioning for drama schools I used a speech of Kyra’s as one of my audition pieces: so I suppose I’ve been tip-toeing around the borders of this part for almost 20 years…!! It’s certainly been percolating away in the old subconscious for a good long time. 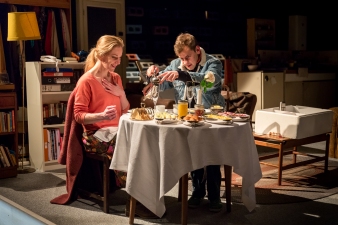 TTH:  How has it been performing this three hander in the intimate space of Theatr Clwyd?

Jeany: Well, it’s a 500-seat theatre, so it isn’t exactly an intimate space! Having said that, the theatre is extremely warm & welcoming, & I think holds our production wonderfully well in the palm of its hand. Our designer & our lighting & music teams have created this extraordinary, beautiful set – it looks fantastic in the theatre, & is a joy to play on.

TTH: For people who don’t know the play, how would you describe if?

TTH: A lot of your previous credits have involved working in television, including starring in Wallander opposite Sir Kenneth Branagh, what an incredible experience to act alongside him. What was it like working with a man of his calibre?

Jeany:  I never thought I would do much TV work, but it has been such a gift: it’s given me opportunities to work with some of my heroes, & travel to parts of the world I would never otherwise have seen: so I am deeply happy & grateful for it! Working with Ken is always such a privilege. He is one of a kind: his energy & focus are unlike anyone else’s I’ve seen. By setting an example of 24-carat-gold-professionalism he dares everyone who works with him to step up their game to his level, which is always when the exciting stuff happens! He is also a deeply kind, funny, lovely man: I feel more lucky than I can say to have worked with him. 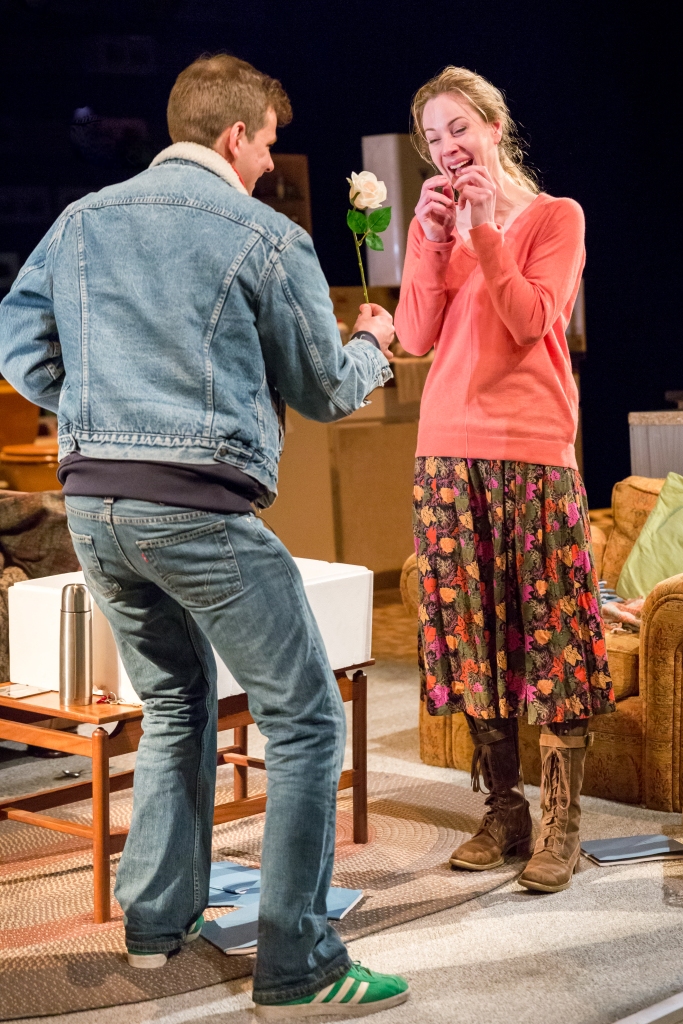 TTH: After doing both, do you prefer the stage or screen? What do you like about each of them?

Jeany: It’s like cake. Sometimes you want a black forest gateau with extra cream; sometimes you fancy a flapjack. Screen & stage are such different mediums; & the process of making a screen project is totally different to making a piece of theatre. Personally, I like variety (in other words I am a greedy pig who wants all the cakes), so I genuinely don’t have a preference! I like the community of theatre: there’s much more time to get to know your companions & make friends when you have 4 weeks of rehearsals to play with. But I also like the craftsmanship of screen work: the cast & crew are all up at 4am & then working like demons through til 7pm, fighting time & weather & any number of unexpected obstacles, moment-to-moment… there’s an exciting kind of madness in that!

TTH: What advice would you give to aspiring performers?

Jeany: It’s a marathon, not a sprint. Be on time. Be kind. Be brave. Don’t be an arsehole. Remember to send thank-you cards. Have adventures. Misbehave on your own time. Laugh a lot. And whether it’s going well or going badly, remember: no-one can be your kind of actor better than you can.

TTH: What does 2017 hold for you? Any projects you can give us a little hint about?

Jeany: After Skylight finishes I’m heading to London to start filming a fourth season of the sitcom Man Down for Channel 4. It’s surreal slapstick comedy stuff – lots of bum jokes & falling over – so it really couldn’t be a more different project from this one!

Starlight plays at the Theatr Clwyd until March 4th https://www.theatrclwyd.com/en/