You’ve seen their award winning plays in the West End before but now the Mischief Theatre Company have brought a laugh out loud farce, A Comedy About A Bank Robbery, to the Criterion Theatre.  If the name rings a bell, their previous productions include Peter Pan Goes Wrong and A Play That Goes Wrong; which have both received over night success. The latter now in its third year on the London stage.

The premise is incredibly simple – a priceless diamond is entrusted in the Minneapolis city bank and more than one person wants to get their greedy little hands on it with multiple love triangles thrown into the mix. 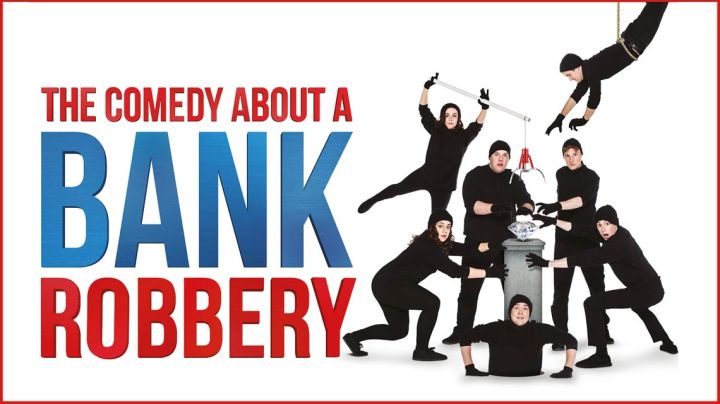 What makes Mark Bell’s production are the absurd and and implacable situations the characters put themselves into. A stand out moment happens just before the curtain goes down for the end of Act 1 with Henry Shields, Charlie Russell and Dave Hearn. A surprise visit from a ex-lover, Mitch, turns into a hide and seek for Caprice’s latest beau Sam involving an unstable bed that had the audience roaring with laughter.
This acting troupe are the real deal and worth keeping an eye on as they continue to grow this franchise.
You can book tickets here: http://www.thecomedyaboutabankrobbery.com/